Writers in Oxford: Who We Are

Writers in Oxford is the society for Oxford and Oxfordshire’s published writers and authors. Founded in 1992 it now has over two hundred members spread across the city and county (although if you live a little way beyond you are still welcome to apply). It is run on an entirely voluntary basis by a small elected committee.

Being part of Writers in Oxford gave me an immediate introduction to a friendly
community of like-minded writers … [with] a mix of talks, networking, social
evenings – and occasional job offers.

The aim of Writers in Oxford is to provide a forum for the exchange of ideas, engagement with other writers (networking and sharing experiences) and enjoyment of talks, outings, walks and other social events with a broadly literary flavour of relevance to all kinds of writers. We welcome applications from new members, following the procedure on the Join Us page.

Writers in Oxford has played a crucial role in my development as a writer. Since joining I’ve attended many useful and interesting events, developed my professional network and made great friends, too. 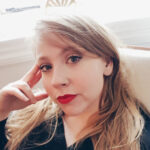 Writers in Oxford has a close relationship with the Society of Authors – and holds a joint annual party; but SoA provides legal and financial advice to authors, whereas the focus of WiO is more on local social contact.

The fact that The Oxford Writer is still going strong, along with the organisation itself, is a tribute to the group it is organised for, and proves that, as a way of bringing writers together to form a supportive community for each other, it has been vital. 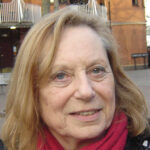 Some fab books here. At least one by a @writersinoxford member...

Looking for the perfect gift? @blackwelloxford has a feast of photo books!
#PhotoBooks #FestivalBookseller

Great opportunities. Go for it! https://indiebookawards.com/

An important act of solidarity. We will be there. https://www.bodleian.ox.ac.uk/about/media/oxford-reads-for-rushdie

Wednesday 1 February, 5 for 5.30pm  Kellogg College, 60-62 Banbury Road, OX2 6PN  …………………………………………………………………….. The subtitle for this talk is: ‘how script writing can enliven your fiction and give renewed power to your prose’. Ex-WiO member Jane Rogers shares her professional experience on writing for different genres, with an emphasis on visual aspects and dialogue.  ...
Read More

Ukraine: caught between the great powers

Wednesday 22 February, 7 for 7.30pm, Pickstock Room, Rewley House, 1 Wellington Square, OX1 2JA  …………………………………………………………………….. We are fortunate to have two members who have specialist knowledge and views about the plight of Ukraine: John Gittings, ex China correspondent and leader writer of the Guardian, and Marcus Ferrar, ex Reuters and author of books about Eastern Europe. They will debate how Ukraine ...
Read More